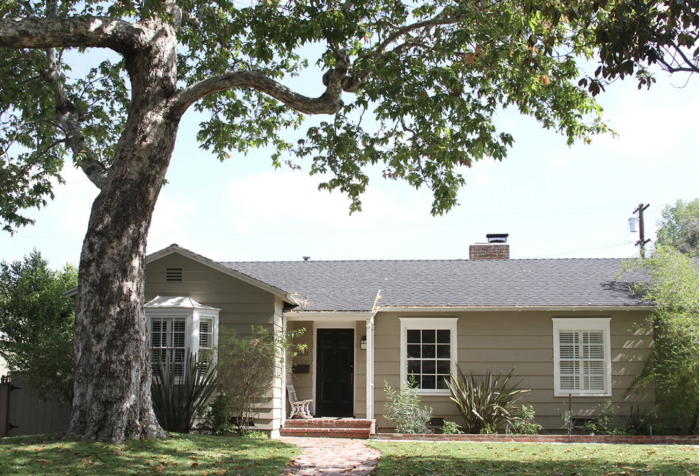 If you’re in the market for purchasing a home, looking into foreclosures and short sales might seem like a more affordable way into homeownership. The properties can be quite inexpensive in comparison to the traditional housing market, and if you’re a seasoned buyer, the idea of a fixer-upper might sound appealing. But before you invest more (or any) time looking into these types of properties, you should know the exact difference between foreclosures and short sales and what to beware of as a potential buyer.

A foreclosure occurs after the homeowner has been unable to make mortgage loan payments for three to six months, and is still unable to make up for the missed payments after the lender (typically a bank) sends a Notice of Default. The owner typically has 30 to 120 days after receiving the notice to either pay their mortgage balance or agree to short sell their property—if neither of those happen, the home is foreclosed on and the owner is evicted.

The lender then puts the home up for auction, where a buyer can purchase it. A real estate agent is involved to facilitate communication between buyer and lender, but the process is much more formal, and transactions tend to be less flexible and more often delayed than not. According to Realtor.com, if the lender is unable to sell the home, the property becomes bank-owned, or real estate-owned (REO).

Where can you find listed foreclosures?

You can look up foreclosures through a multiple listing service, similar to how a traditional listing would be posted. The properties will be directly labeled as “foreclosed.”

In this Los Angeles foreclosure listing, you’ll notice that the house is being sold as is, and the photos show its conditions. The four-bedroom, three-bath home is listed for $655,900 and is described as an “investment opportunity.” The neighborhood the house is in is considered “up and coming” in Los Angeles, and the median selling price on homes currently listed in this specific area is $746,000, according to Zillow. For an experienced homeowner who isn’t afraid of heavy renovation, this could definitely be an investment opportunity—especially if homes in this L.A. neighborhood keep increasing in value, which they most likely will. (Zillow reports that Jefferson Park home values have gone up 8.8 percent over the past year).

Not all foreclosures need such a heavy-duty facelift, and not all foreclosures would be considered an investment opportunity. This five-bedroom, six-bathroom Valley Village house is going for $1,799,000 and (at least according to the images posted on Zillow) is in gorgeous shape. In the listing, it states that the house was renovated in 2016. For reference, the median price of homes currently listed in Valley Village is $849,000.

But just because a house looks beautiful online doesn’t mean it’s issue-free, and the lack of transparency is a huge pain-point for buyers looking to purchase a foreclosed home.

What to be aware of with foreclosures

Aside from a much more drawn-out process than a traditional home purchase, buying a foreclosure is typically not advised for novice homeowners.

First of all, the buyer has to purchase the home sight unseen. Yes, you read that right. Not only are you unable to tour the house, but you’re unable to request a professional inspection. According to Zillow, there have been cases of disgruntled sellers stripping the home bare, and leaving the property in complete disarray, or purposely damaged. Beatrice de Jong, director of residential sales at Open Listings in Los Angeles, California, says she’s seen “homes where the copper plumbing has been stripped out of the house to sell, and homes that have had concrete poured into the plumbing.” Not only could there be major structural issues in the interior and exterior of the home, but in some cases, the tenants could refuse to leave the property—and the buyer is actually responsible for evicting them.

Furthermore, while there isn’t always an all-cash requirement for foreclosures, de Jong confirms that many banks opt to sell homes at auctions, which tend to require all-cash buyers. If you don’t have cash, often times the auction turns into a bidding war, in which you would be up against potentials buyers who do have cash (and cash is king).

What is a short sale (and how does it differ from a foreclosure?)

Before someone’s house has become foreclosed, they may attempt to short sell it. This happens when either the owner can’t pay the mortgage loan anymore, or they strategically don’t want to because of their house’s decrease in value (which sometimes happens in a fluctuating market). According to Realtor.com, the seller would go to their mortgage lender, who would need to accept a selling price that is a lesser amount than what is owed. For instance, the seller could list their home for $400,000, with a remaining mortgage loan balance of $430,000. The seller would be $30,000 short on paying their bank back. After the transaction is complete, the seller wouldn’t be responsible for the $30,000.

According to Bankrate, the owner would need to fill out an application for a short sale, and write a hardship letter that details their financial situation (which includes pay stubs, tax returns, and bank statements) and would tell the lender they wouldn’t be able to repay however much their home is “short” on once it sells. The process generally takes months.

In some cases, the mortgage lender might actually want the money lost in the sale back, which is called a deficiency judgement. Some states have outlawed this, but it’s definitely something the seller needs to be aware of.

Where do you find short sales?

You should be able to find short sale listings through a multiple listing service. Many short sales are listed by real estate agents, but the listing may not be labeled as “short sale.” For instance, you can go to Open Listings and short sales would show up under the “fixers” filter.

What to be aware of with short sales

The time it takes for the transaction to go through with a short sale tends to take significantly longer (typically between 90 to 120 days, according to Realtor.com) than a traditional listing. Since the buyer is primarily dealing with the lender—rather than the seller, who is pretty hands-off—the offering price needs to be approved by the lender, and this takes time.

According to The Balance, a low listing price could be a “strategy used by the listing agent and seller to entice multiple offers on the short sale.” That price tends to be pretty fluid, since if the lender doesn’t approve of the price, the price will go up. Ultimately: a short sale doesn’t necessarily mean you’ll be able to purchase a home that’s below market value price. The Balance states that the price of short sales “can be high; it can be low; it can be right on the money.”

Additionally, lenders won’t go through with the sale until the buyer commits to certain asks, like paying for repairs and closing costs—anything the seller would normally be responsible for, the buyer has to agree to take on.

You would also have to accept the property as is, although according to Realtor.com, the buyer can ask for an inspection. If the buyer finds damage to the property of any kind, the lender would not be responsible for fixing it. If the home is in a severely unmaintained condition, it could cost the buyer an astronomical amount of money to repair all the damage.

Ultimately, if a foreclosure or short sale listing interests you, make sure you do all the research and understand all of the risks. Because while it could be the home of your dreams, it could also be one from your nightmares. Make sure it’s the former.